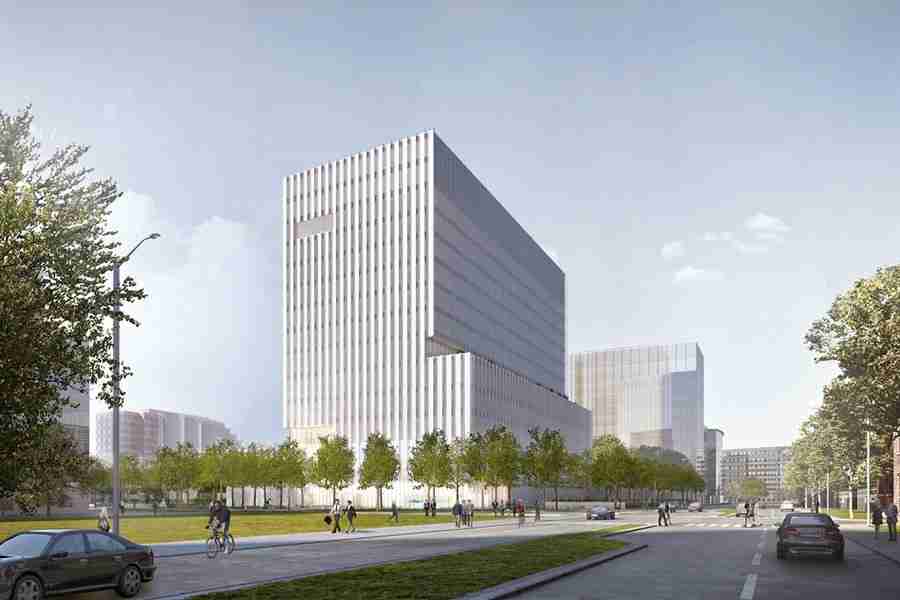 Since the Cambridge City Council approved MIT’s rezoning petition for the 14-acre U.S. Department of Transportation (DOT) Volpe site in October 2017, a team of architects and landscape planners has been working to imagine a new home for the John A. Volpe National Transportation Systems Center in Kendall Square.

As part of its January 2017 agreement with the federal government, MIT will build a new headquarters for the U.S. DOT Volpe Center on approximately four acres. The building site is located in the northwest corner of the parcel, next to Binney Street and Loughrey Walkway, which runs between Broadway and Binney Street. The new facility will consolidate operations that are currently carried out in six different buildings on the site.